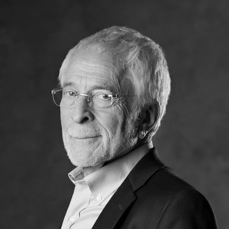 What is Think Write Publish?

Think Write Publish is an innovative program, funded by the National Science Foundation, which brings together early-career science and innovation policy scholars and creative nonfiction writers to learn from one another and to write true stories—creative nonfiction essays—that communicate important issues in science policy to a broad general audience. The stories you can read on this website are the result of a rigorous collaborative process that included two week-long workshops; each story was conceived, researched, and written by a writer-scholar team over the course of 18 months, with input from mentors and editors. The program was developed and implemented by Lee Gutkind and David Guston of the Consortium for Science, Policy, and Outcomes, at Arizona State University. Gutkind is also founder and editor of Creative Nonfiction magazine.

Most of us aren’t as conversant in science policy as we should be—and there are some good reasons for that. First, science policy is often somewhat abstract and theoretical—based on ideas of what might happen rather than what has happened—and can be challenging to understand. Plus, policy experts, who work in think tanks and academia, often don’t make special efforts to connect with the general public—the people most affected by their ideas and their work.

Plus, because science policy can be somewhat dry—it’s short on life and death stories, dramatic space walks, amazing feats of daring, and so on—journalists may tend to ignore or marginalize it. There’s not a large body of compelling published narratives exploring and explaining science policy. And that’s too bad—because the world is becoming increasingly complicated, and science policy shapes nearly every part of our lives. There is so much for people to understand if they want to feel well-informed and keep up with what is happening in this ever-changing world—everything from robotics, to genetics, to nanotechnology, as well as the philosophy and rationale behind all of this cutting-edge stuff. The real-world implications of technology might affect us all: Do we want robots to replace unskilled laborers, soldiers, and law enforcement officers, for instance? Should we be sharing genetic information, patenting genes? What are the ramifications of such decisions? Where are the safeguards? When, if ever, can science and scientists run amok?

We believe narratives—true stories—are the key. Researchers have demonstrated that readers retain and remember more information for longer periods of time and are more easily influenced by ideas when facts and information—substance—are presented as part of a story.

The genre known as creative nonfiction has become the fastest growing area in the publishing world and in the academic creative writing community. Creative nonfiction—Creative Nonfiction magazine defines it, simply, as “true stories, well told”—has become ubiquitous in university creative writing programs, while the true story movement has spread to the other disciplines and professions. Courses and degree programs in narrative medicine, science, law, history can be found in most universities and even some high schools across the U.S. and in many other countries.

Think Write Publish pushes even further. We fervently hope that TWP is the beginning of a new narrative—a way in which experts in different fields can learn from one another while making an impact on a large and diverse readership.

How does the Think Write Publish program work?

Gutkind and Guston established a competitive program, To Think, To Write, To Publish (shortened to Think Write Publish), supported in part by the National Science Foundation. A pilot project that began in 2010 was expanded in 2013. More than 225 applications from extraordinarily qualified people from around the world were received for the expanded iteration, and twenty-four participants—twelve writers and twelve scholars—were selected. Over the course of a year and a half, they went through two week-long workshops: first, an introductory event in which the writer-scholars were paired together and started their work, and then, six months later, a revision workshop during which their preliminary drafts were critiqued and discussed and further developed. The scholars shared their ideas and their research methods with the writers, who shared their skill and experience in writing narrative nonfiction. Then they wrote true stories, often capturing the scholars’ research in narrative so that the world at large could understand and benefit from it.

Book and magazine editors and writers—from The Atlantic, Slate, National Geographic, Harper’s, Dutton (Penguin Publishing Group), Issues in Science and Technology, Health Affairs, Publisher’s Weekly, and Creative Nonfiction—were part of these events. Between the workshops, each team was assigned a mentor—a veteran from the pilot program—for guidance and support from idea to final product. A few of the teams were unable to complete the program for various reasons, but the completed narrative essays are featured on this site.

Also on this site, you can go behind the scenes into some of the narratives, deconstructing the stories to inspect the use of literary techniques like dialogue, description, and the personal voice of the writers.

If you want to learn more about Think Write Publish, or if you want to talk about the ways in which science, technology, policy—or law, medicine, economics, business … any field or discipline, really—can be made more accessible and compelling through creative nonfiction techniques, send us an e-mail. We would be delighted to investigate and explore new programs and possibilities. We are on a mission.