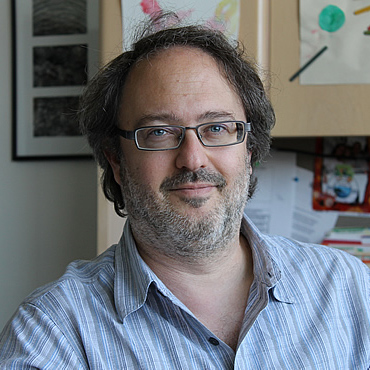 David H. Guston is Professor of Politics and Global Studies and Co-Director of the Consortium for Science, Policy and Outcomes at Arizona State University. He is also the Principal Investigator and Director of the Center for Nanotechnology in Society at ASU.  CNS-ASU, funded by the National Science Foundation for roughly $13 million over ten years (2005-2015), is dedicated to studying the societal implications of nano-scale science and engineering research and improving the societal outcomes of nanotechnologies through enhancing the societal capacity to understand and make informed choices. His book, Between Politics and Science (Cambridge U. Press, 2000) was awarded the 2002 Don K. Price Prize by the American Political Science Association for best book in science and technology policy, and his papers are among the most well-cited in the field.  His narrative article, “The Pumpkin or the Tiger: Michael Polanyi, Frederick Soddy, and Anticipating Emerging Technologies” is forthcoming in Minerva. Professor Guston has held visiting positions at Columbia University, the Copenhagen Business School, the Kent School of Law, and Durham University in the United Kingdom. In 2002, he was elected a fellow of the American Association for the Advancement of Science. In 2008, he served as co-chair of the Gordon Research Conference on Science and Technology Policy, “Governing Emerging Technologies.” He holds an A.B. from Yale College and a PhD in political science from MIT.